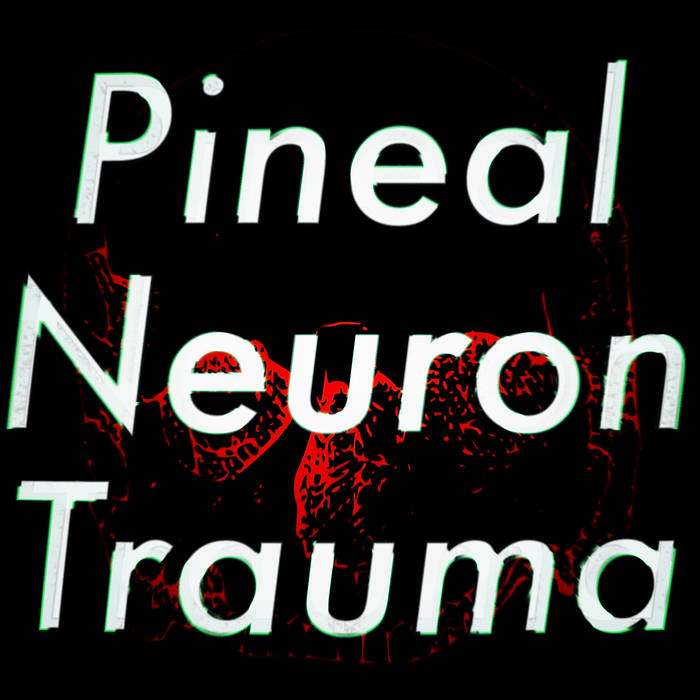 Pineal Neuron Trauma - The Story Of...

This is the first and maybe the last Pineal Neuron Trauma release. The project is inactive for a long time and its future is uncertain. So this would be the right time to have a release with all the recorded stuff till now.
The story began when Tim Van der Schraelen (Antwerp, Belgium) and Mattia P. (Italy) started Pineal Neuron Trauma and recorded their first 3 tracks (tracks 01-03) in November 2013 and a fourth one (track 04 : Digital Skullfuck) in April 2014. Both they had their own solo music projects. Mattia liked to make mostly noise music as "Human Virus Transmission" while Tim liked to make experimental/dark ambient music using mostly soundscapes and rhythm beats, and also making videos for his and other's people music using various aliases such as Obu Tarn, (Alex) Amerantropoid(es), etc. Tim has a hearing problem and he uses hearing aid in order to make music.

In April 2014 Tim also asked Theofil Tsiolakakis (Thessaloniki, Greece) who he already had his own project "Mean Flow" (experimental, ambient, noise, etc) using mostly keyboards to collaborate and they recorded a S/T song (track 23) as "Drowned In The Sewers" almost simultaneously with PNT 4th track. They started to make some more few music (which finally aborted by Tim and used by Theofil to Mean Flow music) while Tim asked Theofil to join PNT. So as a trio project this time. PNT recorded 13 tracks (tracks 05-17) in almost 1 year period, between May 2014 to April 2015. Then there were some disagreements with Mattia, and Tim decided to stop the collaboration and PNT were inactive again for some months.

In September 2015, Tim asked Theofil to continue PNT and write new tracks and also brought another member to project, Joseph (Athens, Greece) who has his solo music project too, called "BroodingSideOfMadness". Joseph also has his own music label called "Etched Traumas" and his own web-radio transmission called "Hearts In Exile". So with this line-up they recorded 2 tracks in September 2015 (tracks 18 : I Walk The Same Dark Place) & 19 : Brave New World) and another one (track 20 : Fake Spirituality Is Moral Rape) in February 2016. Joseph then, for some personal reasons stopped recording with PNT although he was never officially left the project.

Tim and Theofil recorded a track (track 24 : Four Legs Good, Two Legs Bad) in March 2016 and Tim decided to have it as the second track by Drowned In The Sewers. After that, there was another period not so active. Tim And Theofil started another 2 tracks in June 2016.

The one track (track 21 : "He Who Talks To Machines") got the final recording and the video clip in August 2016. The second track (The Pineal Neuron Trauma Continues) named as this, because of Tim's will to continue PNT, left without a video clip. This last track (The Pineal Neuron Trauma Continues) and another track named "Chaos" that recorded in October 2016, mixed together by Tim as one final track (track 22 : The Burning Past) and a new final video clip was made by Tim in March 2017. Last time Tim's hearing ability got worse and this is another main reason PNT's future is so uncertain.

You can watch all video clips of Pineal Neuron Trauma's songs made by Tim, in this playlist link :
www.youtube.com/playlist?list=PLbEGEBRRvQzIM29ST540TnvFuB4zOZMDi

The Pineal Neuron Trauma facebook page, which contains also many videos by Tim's solo music and other stuff is this :
www.facebook.com/PinealNeuronTrauma/