When I Sensed Time Collapse 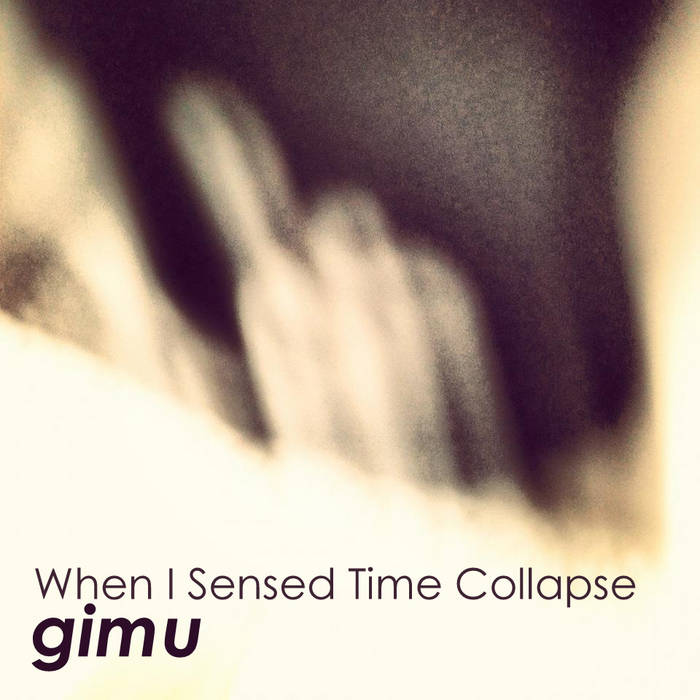 "Each work of art has a doubled character within an indivisible unity: it is the expression of reality, but it also forms the reality that exists not next to work, nor before the work, but precisely only in the work." Czech philosopher Karel Kosík argued. Within this autonomous artistic reality, we are being called to live by Gimu.

The rather endoscopic title of this release could have a double meaning: a personal definition of collapse and a rupture of the sense of our own time. Gimu's work is definitely ambient one but at the same time override the characteristics and merits of its own genre. By definition, ambient works operate with their ambiance qualities as a background of the listener's time and space. 'When I sensed time collapse' ruptures the spatiotemporal listening experience, demanding attentiveness and attachment.

The four tracks of this release were written between 2010 and 2012. Although the tracks were composed at different times with different emotions involved and even using different approaches they complement each other.

We hope you will enjoy this 37th release of Etched Traumas.

Gimu is no stranger to music. With over 20 years of expansive musical exposure, Gimu's experimental sound has been influenced by many genres. As well as being composed of completely original textures.
We cannot describe his music in one word.
He has graced us with dark ambient, haunting and beautiful drones, atmospheric subtlety and other experimental sounds.
He has over 20 releases to his name. He has released recordings on such well-known labels as Heat Death, Rural Colors, Pocket Fields, Heart and Soul, TOC Label, Twisted Tree Line, Constellation Tatsu, Sacred Phrases etc.
He also has self-released albums and eps out on Bandcamp and Soundcloud. He has been involved with other multiple projects, including running and singing in synthpop band “terrorturbo” in the past and a poetry sound project entitled “Caterpillars Dressed In Their Finest”.
Whatever Gimu does, we are always in for something surprising. He keeps his sounds new yet there is always a signature style in his work.