Drawing Widows In Black And White 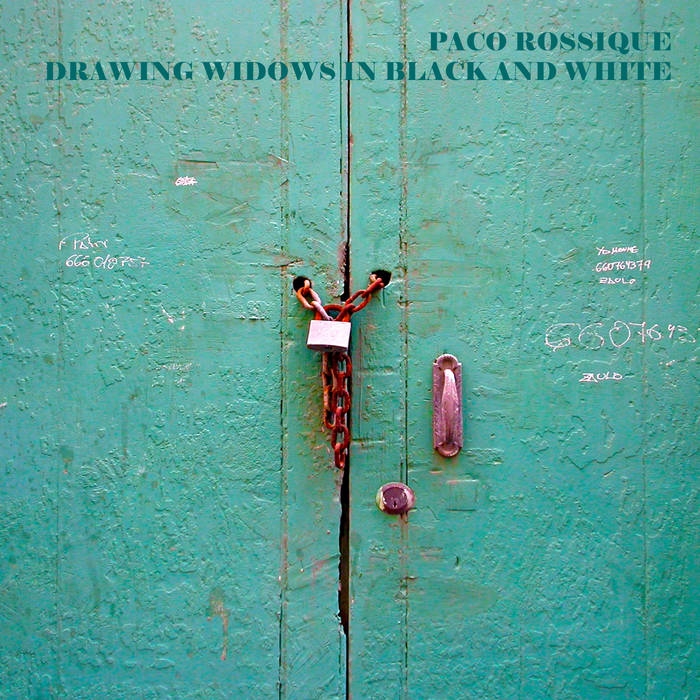 Etched Traumas is honored to release Paco Rossique's work titled 'Drawing Widows In Black And White'. Rossique introduces us into a world of primordial continua, fragments of concrete music and ambient soundscapes. He structures his work building a rich world of field recordings, live and pre-recorded sounds. Being a highly exploratory and bold work , there is a constant flow of primal energy which leads to the sublime ambient and evolving soundscape of last track and ends with a surprise.

Paco Rossique lives and works in Las Palmas de Gran Canaria (Spain). He has lived and studied in Madrid and Florence (Italy).

With a career spanning over twenty years as an artist, his work include paintings, murals, sound art pieces, sculptures, prints, magazine articles, art-books, illustrations for newspapers and curatorship. His paintings have been exhibited in Madrid, Jaen, Valencia, Baeza, Irun, Malaga, Tenerife, La Palma, Lanzarote and Gran Canaria. He has made more than a dozen indoor and outdoor murals in Gran Canaria, La Palma, Jaen and Granada, highlighting Cuyás Theatre murals in Las Palmas de Gran Canaria and those in Jaén and Granada in close collaboration with the architect D. Jesus
Perez Francisco Chica.

Among his most important sculptures which are quoted in the park Arrecife, Lanzarote and Las Palmas de Gran Canaria at the
headquarters of the FEDAC and Teatro Cuyás. He has composed sound art pieces, such as those for the exhibition "90% Water" with Mónica Aranegui and Jose J. Torres in the Library of the University Carlos III, Madrid 2011, Soundtracks for the "Land for the future: sustainable development" in the Elder Museum of Science and Technology Las Palmas de Gran Canaria and soundtrack "Planning the insular Landscape." Special Territorial Plan of the landscape of Gran Canaria. Biennial of the Canaries 2009.