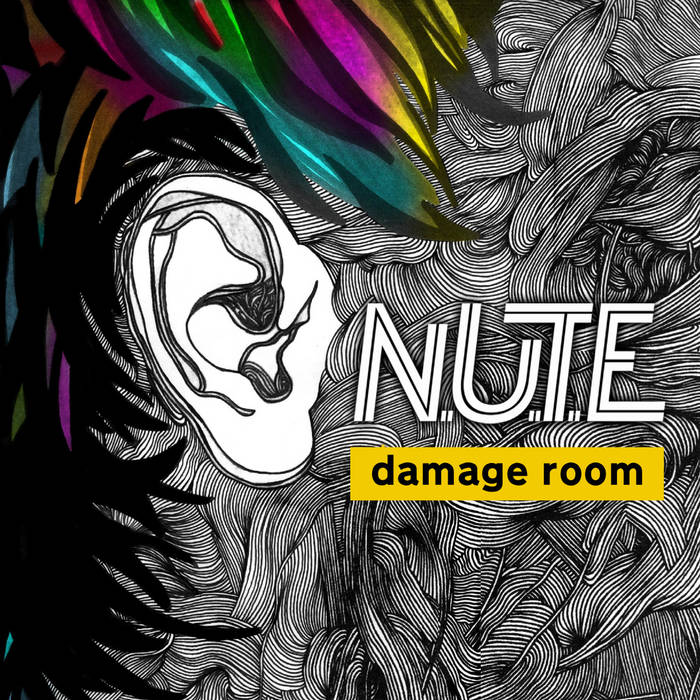 Etched Traumas is more than happy to release the first album of Greek trio N.U.T.E. titled 'Damage Room'.
This album, which was produced 2011, is full of sharp razorblade-like beats, floorfiller breaks and addictive distorted audio patterns. N.U.T.E, being the pioneers of the Greek electro breakbeat scene the last 20 years, crafted this album having a soft spot on the french electro genre. It took them over a year to finalize it and it is meant to be played at maximum volume!

N.U.T.E. was formed in 1991 by Nikos and Kostas Istavrioglou. In 2010 Dimitris Karantinopoulos joined the band. Since 1992 they have numerous releases in physical formats, and they've played so far over eighty shows. During the last years, N.U.T.E. have supported acts such as The Prodigy, Altern8, NRG, Shamen and Adamski.